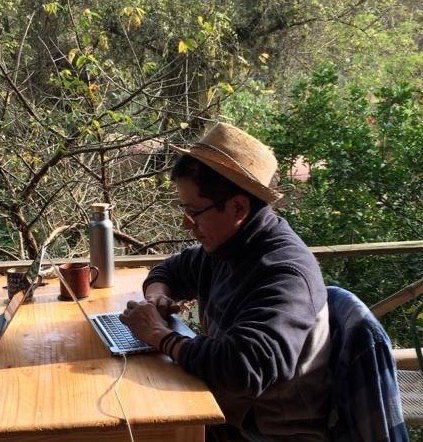 If we knew what we were doing, it wouldn’t be called research. –Albert Einstein

Nothing in biology makes sense except in light of evolution. –Theodosius Dobzhansky

Given the broad array of questions I have tackled and continue to pursue, as well as the synthetic nature of the research fields explored in my research program, I combine both theory and novel methods to generate new ideas about evolutionary ecology and to provide solid evidence for classical theory.

One of the major challenges in biology is to understand the processes that lead to the origin and maintenance of species diversity, and in turn, that determine the observed patterns of biological diversity at different spatial and temporal scales. My research in this field seeks to understand the processes governing those patterns. Particularly, I am interested in unraveling complex patterns of biodiversity and in evaluating how macroevolutionary processes, as well as current and future environmental conditions, determine large-scale patterns of biodiversity and species co-occurrence within ecological communities. To do this, my research adopts an integrative approach bridging phylogenetics, functional traits, geography, and environmental variation to understand large scale biodiversity patterns.

Ecological communities have distinct structures regarding species richness, composition, and functional and phylogenetic arrangements. I am particularly interested in exploring what drives the assembly of species into communities. The response to this broad but fundamental biological question remains elusive because the balance and relative effects of various assembly processes on community composition and diversity—from ecological processes over short spatial distances and time frames to historical processes playing out over millions of years and across continents—is not yet well understood. My aim is to disentangle the contributions of these underlying processes to explain the assembly, dynamics, and structure of ecological communities. My research in this realm focus on using phylogenetic and functional data from local animal and plant communities within an integrative framework with the aim of understanding the structure and dynamics of populations and ecological communities.

Global human population increase is reflected in extensive changes in spatial patterns of land cover and land use. Likewise, the rapid destruction and degradation of tropical forest is a source of greenhouse gas emissions likely to exacerbate global warming. Another component of my research program is investigating the patterns and processes of deforestation and habitat fragmentation in tropical areas and their influences on species diversity and climate change. Work I have led in this realm has shown that the pace of deforestation and habitat fragmentation is rapidly increasing, mainly due to a lack of adaptive resource planning and policies targeting conservation of the Earth’s remaining tropical dry forests.

I also enjoy exploring all aspects (e.g., feeding, reproduction) of the natural history of vertebrate species.